You should maybe watch this: TableTop 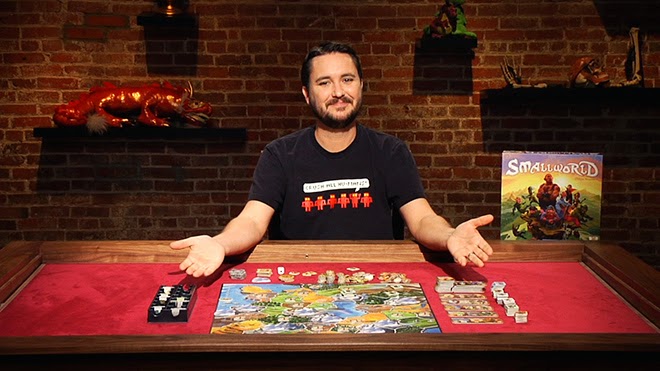 I'm not entirely certain what led me to watch my first episode of Wil Wheaton's gaming show TableTop. It's not as if I counted myself among the target audience: I'd never actually played a tabletop game -- well, not counting "Life" or "Sorry"-- and blithely walked past those for sale at the comic shops and bookstores I've frequented over the years.

Cloudy provenance aside, I did find my way to the show and am glad I did ... despite the fact that:


So, are you pumped? Feeling really thrilled to watch and episode or two? You should, and here's why:


I want to save you a bit of a trip -- clicking a hyperlink can be really difficult, after all -- so here's one of my favorite episodes, featuring, among others, Garfunkel and Oates' Kate Micucci and Riki Lindhome.