Hey, remember this girl? Kate Micucci? I didn't realize it was the same woman from Raising Hope and Bored to Death (although I believe my post predated either of those appearances). Turns out I like her a lot, in that Kristen Schaal/Amy Sedaris way. 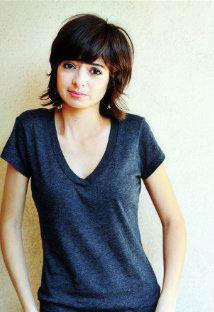 Why can't more movies feature ladies such as these in lead roles? Don't we have enough films starring blond mannequins? (In some cases, literally.)
Email ThisBlogThis!Share to TwitterShare to FacebookShare to Pinterest
Labels: beautiful women, funny, sitcoms

Why is it that whenever I read about an inept criminal, I picture this guy? 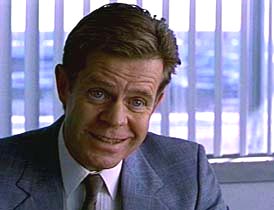 I don't know if it's because I haven't heard new Van Halen in a while -- and, no, Gary Cherone doesn't count -- but Tattoo has actually grown on me over the last couple of days ... despite the fact that I was pretty dismissive of it after my initial listen.

Thing is, I'm still not sure if the song is mocking people who get tattoos or saluting them. I think it might be the latter. Let's go to the lyrics:

I'm not sure this counts as an official part of the lyrics or just some highly-processed bit from lead singer David Lee Roth that they just added during the mixing stage. It sounds pretty 80s, but I think that's A) why it was added and B) why I like it.

I got Elvis on my elbow
When I flex, Elvis talks
I got hula girls on the back of my leg
and she hulas when I walk

Okay, I like this. Probably my favorite verse in the entire song. In terms of talking about tattoos, it's pretty standard stuff: the tattoo that seemingly "comes to life" when the body is moved in a certain way. Still, I'm good with this.

Okay, here's "swap meet Sally," at least as far as Google is concerned, and "tramp stamp cat" seems pretty self-explanatory. But this is the verse that gets me wondering: are we mocking or saluting? Because, I'm sorry, but getting a tattoo does not take a "mousewife" to "momshell" ("housewife to bombshell"?) in the time it takes to get a new tattoo. I know: I've seen housewives get tattoos. Yikes. So is the all-out rock and roll hoopla that Dave's putting into this song a full-throttle "hell, yeah," or a derisive, "Hey, nice tattoo ... schmuck" kind of thing?

More potential derision, with the school-yard taunt "tattoo, tattoo" added to the comically over-the-top "Show me your dragon magic" and potentially dismissive "so autobiographic."

Are the true colors the "truth" put forth in the tattoo, and, if so, to what "truth" does a walking Elvis speak? Or is the getting of the tattoo in the first place the "false virtue"? This latter point will come up again in the next verse and again in a few verses' time.

Little secret to make you think
Why is the crazy stuff we never say
always written in ink?
Smokin' dego red
Explodo pink
Purple mountain's majesty
Show me you, I'll show you me

"Why is the crazy stuff we never say always written in ink?" Because it's easier to get a tattoo than to try to live up to the ideals some folks taut with tattoo? Check out three verses down for me to conclude this point.

Swap-Meet Sally
Trampstamp cat
Mousewife to momshell
in the time it took to get that new tattoo
Tattoo, tattoo

Okay, pay attention to this next bit:

On my shoulder
is the number of the chapter he was in
That number is forever,
like the struggle here to win

And here we get to the part where I can't help but think we're being told that, "No, no, tattoos ARE cool! Really!" Because there's no way in hell Van Halen releases a song that mocks union members and/or the respect they have for one another or, as the case is here, family members committed to the union struggle. I cannot imagine a scenario where that would happen. Which leads me to believe that the song is not at all derisive or mocking, and is genuinely saluting all of those "momshells." I suppose the Van Halen demographic includes a lot of "mousewives" who have hoped to move into the "momshell" category, so it's not a bad move on their part.

There is also one more potential reading here -- and this reading ties into the bread crumbs I've been leaving in my notes along the way -- and that's that the speaker of the lyrics (I don't mean Roth, by the way) IS mocking folks with tramp stamp cats and swap meet sallys (sallies?), when they could have found so many more legitimate ways to decorate their bodies. But this reading is a long-shot; in the end, I think this is Van Halen being the same old hyper-literal Van Halen. Which is exactly what their fans have been waiting for for nearly 30 years. Can't say I blame them.

For completion's sake, let's wrap up most of the remaining lyrics:

Swap-Meet Sally
Trampstamp cat
Mousewife to momshell
in the time it took to get that new tattoo
Tattoo, tattoo

Wait a minute ... Reuben, Reuben is not available on DVD? How is that possible?
Email ThisBlogThis!Share to TwitterShare to FacebookShare to Pinterest
Labels: movies, netflix

Groomzilla and the Russian tanker

Reading about this fellow they call Groomzilla -- because time isn't precious enough, apparently -- and my peripheral vision picked up the terms "Love + Sex" and then "Russian Tanker" ...

... and I immediately wondered how this new entry into the sexual lexicon would be defined. But I was mistaken: it's merely a story that is "trending," not something your neighbors are "doing."
Email ThisBlogThis!Share to TwitterShare to FacebookShare to Pinterest
Labels: funny, oops

Eric Skillman is a designer with The Criterion Collection who also finds time to write comics and provide design services for non-Criterion work. He is crazy good. See this? 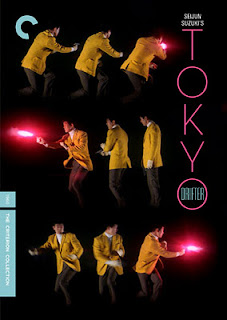 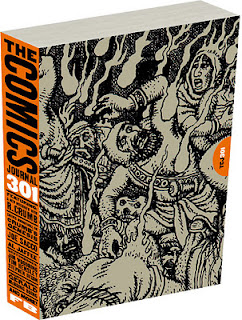 Thing is, Eric did both of those -- and many more -- in 2011 alone. Have a few minutes and want to check out some sweet art? Visit his site today.
Email ThisBlogThis!Share to TwitterShare to FacebookShare to Pinterest
Labels: art, design

Turns out Captain Underpants author Dav Pilkey is making the bold move toward digital publishing. You know how I know this? Because it's one of the top news stories this hour.