The "Middle" of nowhere 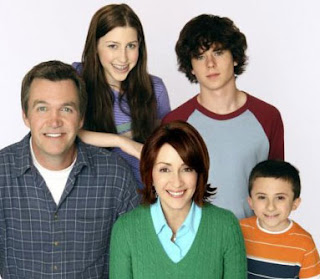 As a result, I've always tried to follow the efforts of its stars in the event that lightning struck twice. Hey, it happened to Bob Newhart, right?

I was happy to see one Raymond star, Patricia Heaton, return to TV a couple years ago with Back to You, a traditional sitcom I enjoyed immensely until they started tinkering with it. Even with the tinkering, I still liked it.

But Back to You never had a chance to find its audience during the writer's strike-shortened season in which it debuted and was not renewed. After that, if I wanted a Raymond fix it was either through Raymond reruns or new episodes of 'Til Death -- a consistently unfunny comedy featuring Raymond co-star Brad Garrett.

Word came that Heaton would be back on the air this season in a sitcom called The Middle. I looked forward to it with great anticipation and was encouraged when early feedback was good.

And then, last night, I watched the pilot episode.