Verdict for the viewer

Hey, want to feel better about yourself? Watch any episode of any "judge" TV show. You're guaranteed to witness a procession of idiots that leaves you feeling smarter than ever.
Email ThisBlogThis!Share to TwitterShare to FacebookShare to Pinterest
Labels: humor, television

Lots of speculation about whether or not Steve Jobs will make a surprise appearance at the upcoming Worldwide Developers Conference event beginning Monday. (Here's just one article featuring said speculation.)

My two cents? It'd be a mistake. Now's the perfect time to show the world that Apple can run without Jobs, because even if he returns to robust health -- and I for one hope he does -- he may at some point simply want to retire. Best to avoid the stock dip that announcement would spur.
Email ThisBlogThis!Share to TwitterShare to FacebookShare to Pinterest
Labels: apple, mac, steve jobs 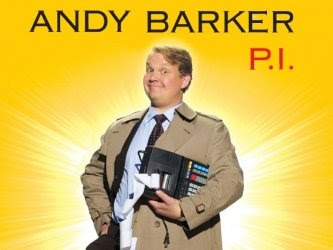 Andy Barker, P.I., lasted a whopping six episodes, and that is just a shame. The show was smart and funny, and Andy Richter was a very likable lead. Alas, it wasn't meant to be and now Richter's full-circle career is back where it began: backing up Conan O'Brien (no shame in that; this guy probably goes home each night and swims through a giant safe full of money a la Scrooge McDuck).

Check out what may be my favorite episode here:

Email ThisBlogThis!Share to TwitterShare to FacebookShare to Pinterest
Labels: television 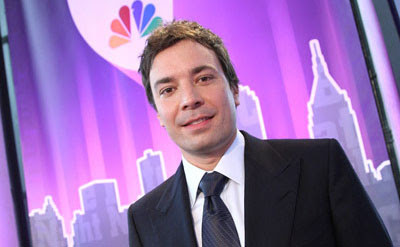 All this online chatter about late night talk shows has spurred me to watch a few.

My biggest surprise? Jimmy Fallon is fantastic. Seriously. This guy will be around for a very, very long time.

I was prepared -- heck, I was primed -- to dislike Fallon's new Late Night. I don't have anything against the guy, I just wasn't sure he could make the transition from "Weekend Update" on Saturday Night Live and several forgettable film roles to the seat originally filled by David Letterman. I strongly suspect that "talk show host" is one of those jobs that looks easy but is really extremely difficult. It ain't for everyone.

Watching Fallon, you can see how difficult it is. He's by no means a natural at reading cue cards, seems just a little too eager at times and applies too much pressure to his interviews.

But Fallon seems so genuine, seems to be having so much fun learning on the job, that you don't care. Watch Seinfeld and you can see Jerry Seinfeld clearly trying not to laugh in just about every episode; who cares, right? It was still a terrific show.

Here's my mid-year late-night talk show host rankings:
There are seven names on that list, which seems about four names too many.

But I'd recommend any of those top three right now, and strongly recommend the top two.