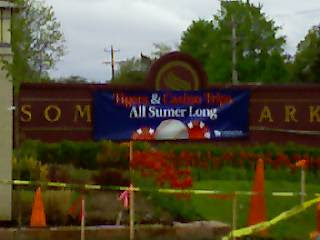 I know what you're thinking: the worst part about that sign is the fact that the word "summer" is misspelled "sumer." But you'd be wrong, IMHO. There are a couple problems here, the least of which is a misspelling.
Reprinting the sign can't cost that much money. But successfully addressing that many human resource issues? That will cost a lot of money and even more time -- certainly longer than just one sumer.
Email ThisBlogThis!Share to TwitterShare to FacebookShare to Pinterest
Labels: humor, marketing
Newer Post Older Post Home