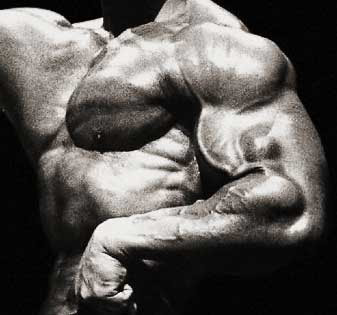 Courtesy of the Associated Press:

The Belgian bodybuilding championship has been canceled after doping officials showed up and all the competitors fled.

A doping official says bodybuilders just grabbed their gear and ran off when he came into the room.

In related news, scientists were stunned to discover that water is wet.

Seriously, though: why bother wasting a doping official's time? Who can't take one look at these guys and know instinctively that they're full of more pharmaceuticals than your neighborhood CVS?

I once read that "good genetics" in bodybuilding circles referred more to a person's tolerance for ingesting large amounts of steroids and related substances than it did to his or her innate potential to develop huge biceps. I believe it.

Many large companies (looking at you, Weider) make a fortune essentially defrauding people into believing they can achieve a certain body type simply through a rigorous training regimen and some vitamins. The reality? Taking the drugs necessary to achieve such physiques can kill, as it did in the cases of Mohammed Benaziza and Andreas Munzer.
Email ThisBlogThis!Share to TwitterShare to FacebookShare to Pinterest
Labels: bodybuilding
Newer Post Older Post Home