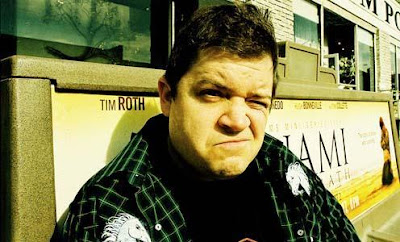 I'm feeling pretty bad for Patton Oswalt right now. I'm a big fan (no pun intended): I've listened to some of his comedy routines dozens of times and they still make me laugh; his Spence Olchin on The King of Queens remains one of TV's greatest lovable losers; Ratatouille is one of my favorite Pixar films.

But this guy just cannot catch a break lately. First came the news that Megan Mullally tried to get him booted from his Broadway debut in Lips Together, Teeth Apart. Now comes word that he's been replaced in the sitcom he was to star in alongside Matthew Broderick, called Beach Lane.

I don't know a thing about Beach Lane, but I do know that a new sitcom starring Patton Oswalt gets added to my "must watch" list, and one without him pretty much fades into obscurity along with all of the others that aren't Modern Family, 30 Rock, and Always Sunny.

So, hurray for my life that I have 30 more minutes available to me. But a great big un-hooray for a television lineup that fails to fulfill the recommended daily allowance of Patton Oswalt.

* Yes, I know: the title's too clever by half. I was desperate, okay?
Email ThisBlogThis!Share to TwitterShare to FacebookShare to Pinterest
Labels: patton oswalt, sitcoms, television
Newer Post Older Post Home